European Ski Orienteering Championships and the World Cup final continue in Khanty-Mansiysk. Yesterday the best orienteers of the world competed in sprint at the Winter Sports Center. Today, March 11, in the middle distance race they decided who it worthy of the second set of awards.

Women were the first to start the race. Athletes started according to their positions in the World Ranking: the leaders of the race were in the first line, followed by the nearest group of pursuers. Athletes had to cover three laps and check in at 25 checkpoints (KP) combined with dispersion. Like yesterday, athletes were able to see the map, on which the KPs are placed, only 15 seconds before the start. After each lap, orienteers received a new map. 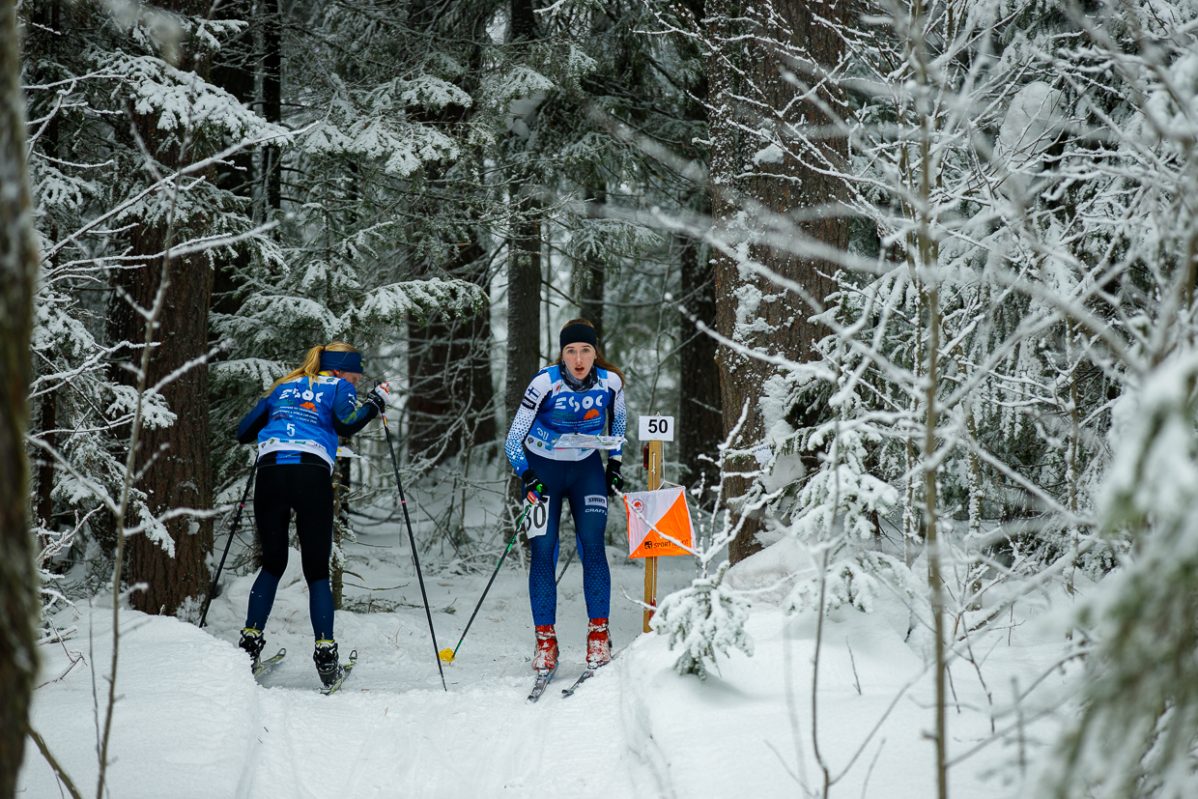 From the first minutes the Russian athlete Alena Trapeznikova became the leader but soon enough she began to make mistakes – first Alena had to return to the fourth KP, and then she started doubting again, lost precious time on the choice of route, and missed all her chances to win. After the first lap, Magdalena Olsson was the leader of the race, but after the second lap, Tatyana Oborina covered the distance more flawlessly. At the last part of the track Tatyana made no mistakes, she covered all the check points and finished first. Her teammate Marina Vyatkina was the second one to cross the finish line, and Estonian athlete Daisy Kudre won the third place. Alena Trapeznikova finished only seventeenth. 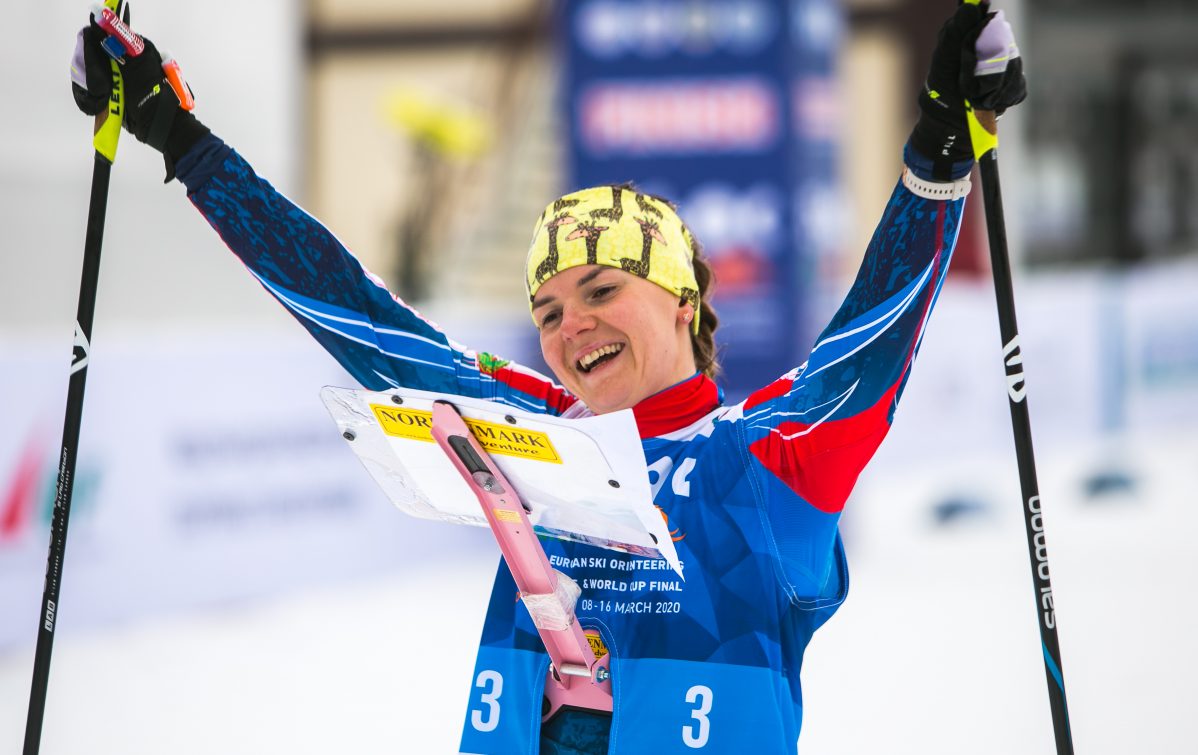 “It was very difficult today. Fresh snow fell and the skies barely moved, I had to make a lot of effort all the time, and even on the downhills I couldn’t rest. The distance was interesting. Of course, there were difficulties when choosing: either go around with a large distance increase, or go along a narrow but short way. I chose wide tracks, because I felt that there would be better in terms of skiing. Perhaps the first round was the most difficult. We just left for the descent and already ten participants caught up with me, although I started first. At that moment I realized that today it will be very difficult” – shared her impressions after the race Tatyana Oborina.

Bronze medalist Daisy Kudre was happy about her results: “Right now I feel very happy. Third place is great for me. Sure, it was tough but it was challenging in a good way because of the technical part. I had a very good technical race. I took a lot of time to make good decisions. I have trained very hard during this season and the main difference is that I have more experience now. I’ve done many ski orienteering competitions this year, more than before, and I feel very confident with my technical skills. I traveled a lot during the beginning of the season to Finland, Switzerland, Norway and other countries doing ski orienteering”. 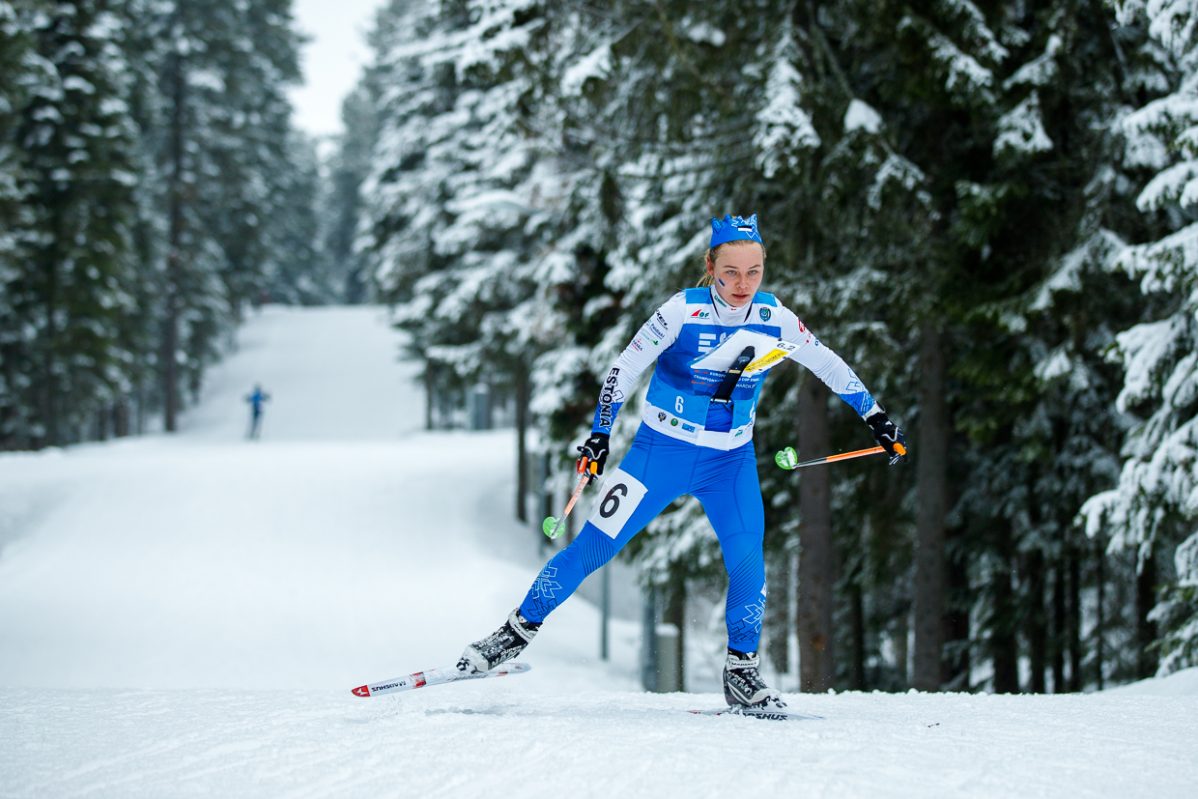 Men started after a short break. In total, orienteers had to go through 31 checkpoint. On the first lap they had to cover 10 KPs, on the second – 10 more and on the third there were already 11 KPs waiting for them. As well as in the women’s race, the leaders of the World Standings were in the first line of the group. It should be noted that among the men in the top-10, there were four Russian athletes: Andrey Lamov, Vladislav Kiselev, Eduard Khrennikov and Sergey Gorlanov, who brilliantly won the sprint yesterday. 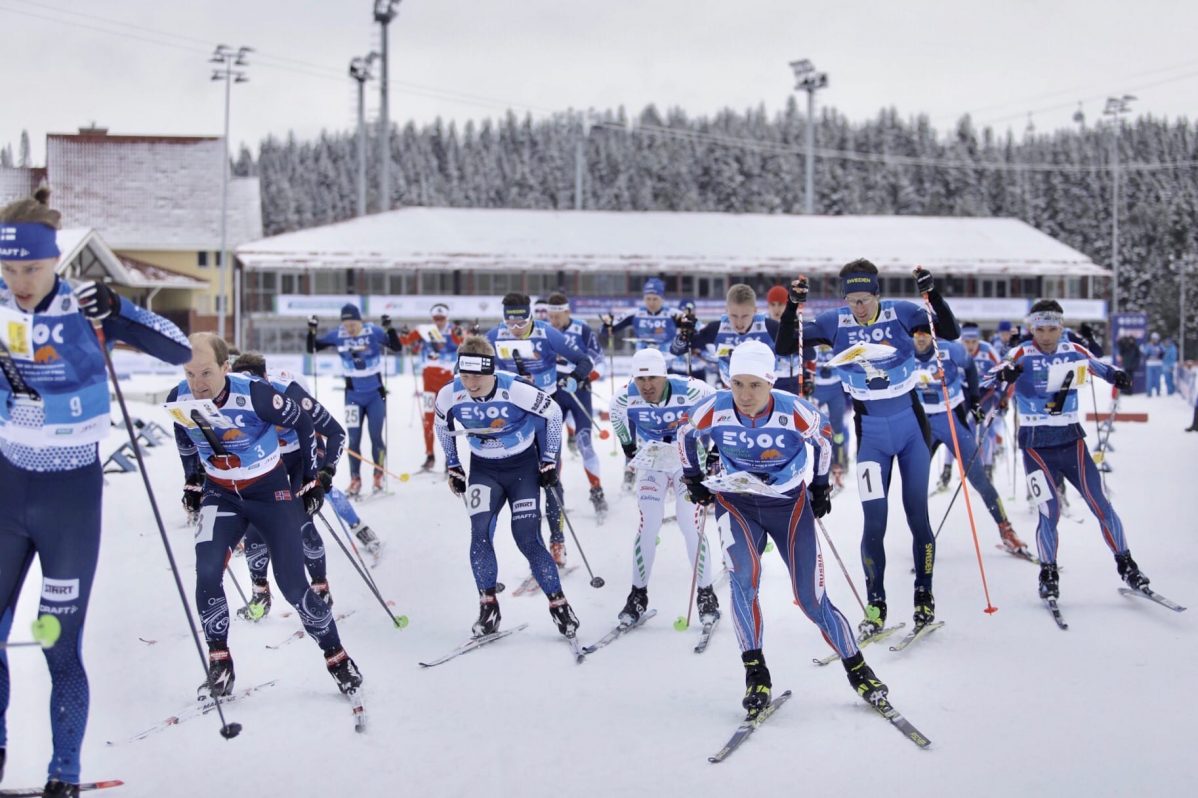 Vladislav Kiselev quickly became the leader of the race but made a mistake during the second lap by choosing a long path. Therefore he lost a lot of time and missed the chances of winning. Sergey Gorlanov chose a route more precisely and became the leader after the second lap. Gorlanov’s advantage was 44 seconds at the second check line. During the final round, the Russian athlete increased the lead even further and crossed the finish line first. “There was one mistake, it was in the very end of the first lap. The rest of the distance went cleanly. Gliding today was bad due to snow, it was good on the track, but much worse in the forest. On key uphills I worked well, but during the third lap my hands and abs were cramping, but I understood that if I manage, then hardly anyone will catch up with me”, – Sergey Gorlanov shared his impressions after the race. 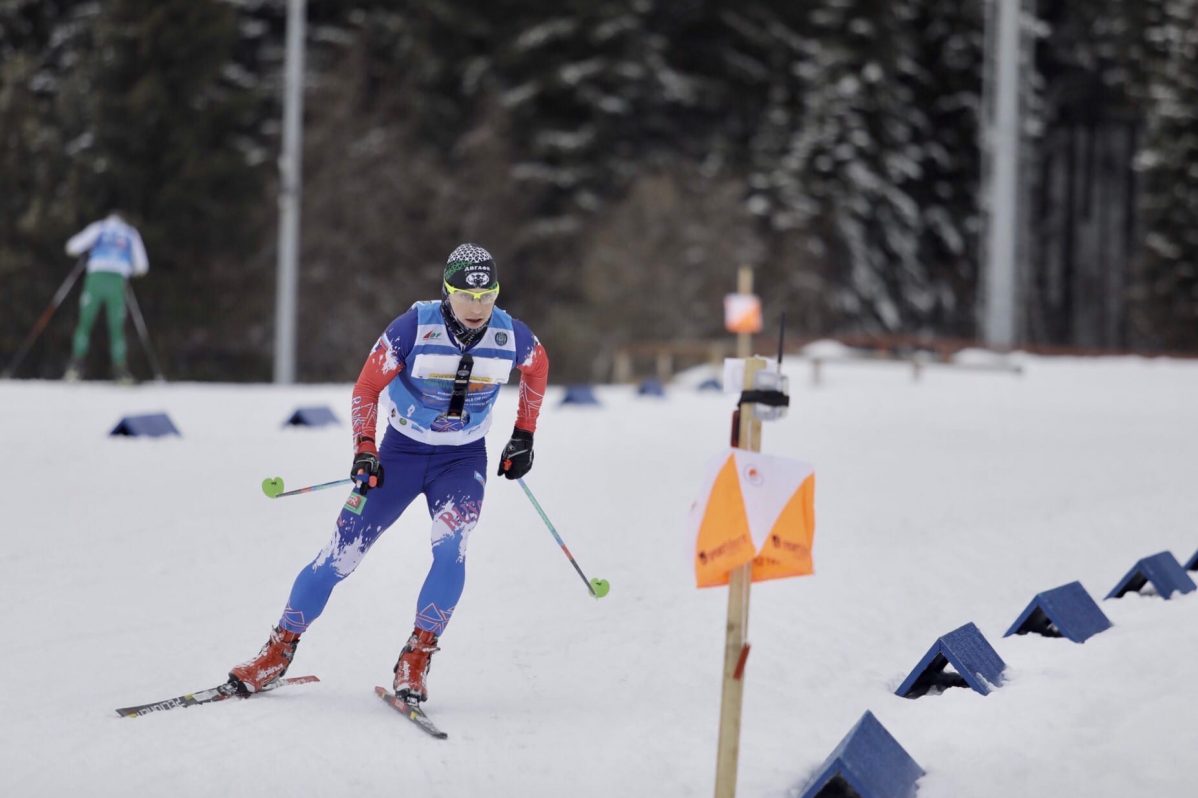 Vladislav Kiselev won a silver medal again. “Today my skis were not as good as yesterday – today’s weather was difficult for choosing the right wax. There was one place on the map — indicated by dots — in general, this should have been a narrow ski track, usually rolled with a snowcat at least once, but it turned out this one was nothing of it, apparently it was someone’s footsteps at better days. I went there and I was not the only one who came to it, judging by the map, and there was a serious loss of time”, – said Vladislav Kiselev.

Markus Lundholm had an exciting finish on a broken ski. He placed third. “It was a really good race, I skied great all the way. It was hard to know what position I had in the race since it was so much difference on the courses. I thought I should’ve been pretty good. During the last lap I was second and I had to do a lot of hard working and had to push in order to keep the podium place. And in the middle of the last lap I broke my ski far up by the tip. First, I thought that was it for me. But it was okay to use and I did my best not to brake it even more so I can finish the race”, – explained Markus. 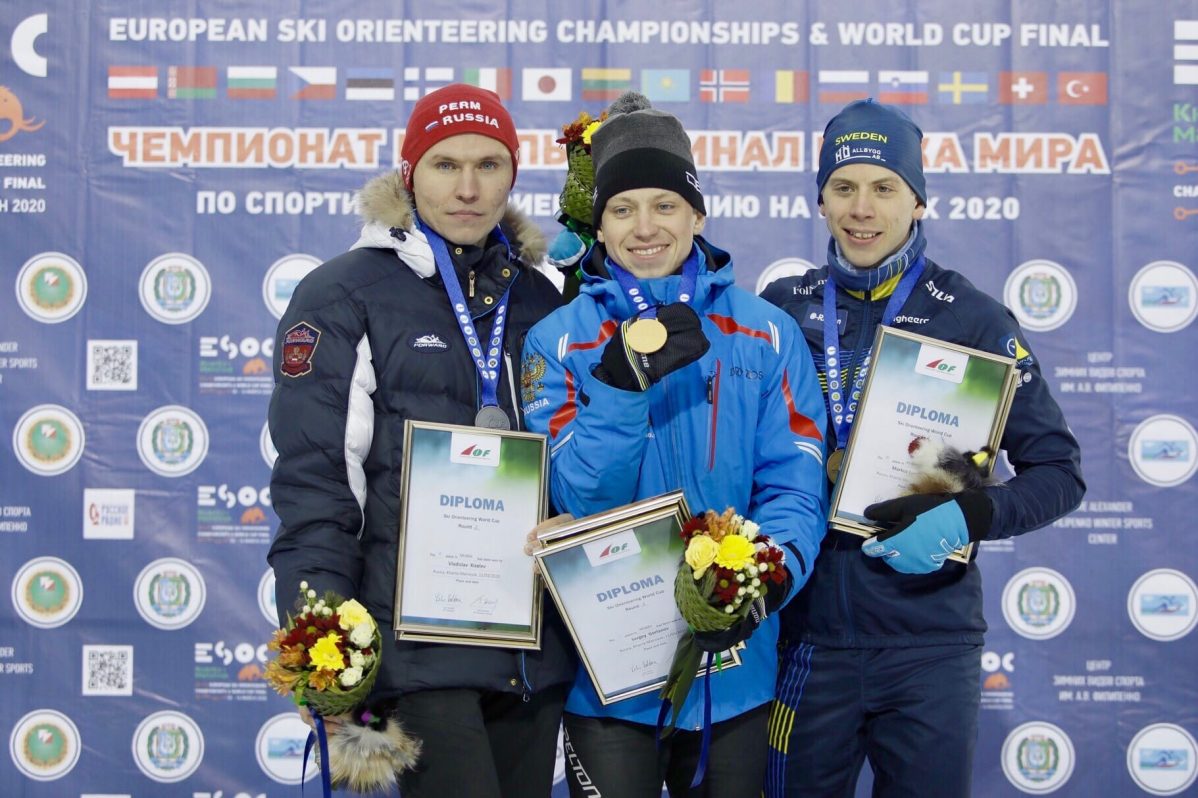 And that was it for the second day. Tomorrow athletes will start once again, but this time in a mixed sprint.